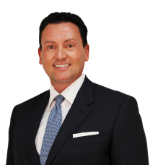 Marc Guy Victor Sordoni is Chief Executive Officer of UnipolRe. He has held this position since 2014. Mr Sordoni is also currently holding the following positions: Head of Reinsurance for UnipolSai Assicurazioni supervising the reinsurance for the 16 affiliated companies of Unipol Group in Italy; Member of the “credit risk committee” for UGF (Unipol Gruppo Finanziario) under the leadership of CRO Renzo Avesani; Member of the “bonds committee” supervising Unipol Bank and UnipolSai under the leadership of Group General Manager Matteo Laterza.

UnipolSai is the sponsor of the Catastrophe bond Azzurro Re I Limited. Marc Guy Victor Sordoni is Vice President of the Board of Directors of Syneteristiki Insurance, he has held this position since March 2016.

Prior to joining Unipol Group in 2013 Mr Sordoni worked in the reinsurance industry for more than 20 years on the life and non-life side. He holds three Master’s degrees in Business Studies and a degree in Economics and Finance. 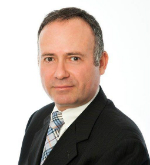 Giuseppe Pancucci is UnipolRe’s Chief Operating Officer (COO) since June 2022. Having joined UnipolRe in 2017 as Technology Manager he was promoted to Chief Technology Officer (CTO) in 2020. He will be a significant contributor now at Board level as well as in all other leadership fora.

In his new role, he continues to retain responsibility for technology strategy and key deliverables including strategic delivery planning, ensuring best value for investment in IT, ensuring best practice IT security as well as management governance and risk within the function.

He also now assumes a significant expansion of his corporate responsibilities to include Claims and Human Resources. Both functions will gain from the insight and sponsorship of Giuseppe’s including his previous ‘C’ level and board level experience in the continued development of UnipolRe.

All of these responsibilities are in the context of the UnipolRe business strategy and the primacy of meeting and surpassing client expectations.

Giuseppe also brings a wealth of experience from different companies and sector across various geographies. He has extensive experience working as a consultant both for Bain and Co, and Ernest and Young. In Italy he was employed by Arkymede in their significant and public sector and utility projects as well as having experience with AXA and MPS Group 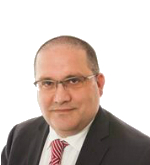 Giuseppe Caruana has served as UnipolRe’s Chief Financial Officer since September 2011. Mr Caruana is a seasoned finance professional with more than 20 years of experience in the investment, life insurance, captive and reinsurance industry.

Simone Zollia has been with UnipolRe for 5 years working in the Underwriting Department supporting UnipolRe Clients in areas such as telematics and parametric products. Simone has also assisted cedants in capital optimization.

Prior to joining UnipolRe Simone worked at UnipolSai Assicurazioni in their Risk Management Team, providing valuable support during the Partial Internal Model approval. As an expert in the validation process, he was involved in the definition of Solvency II Validation Framework and in the presentation of the validation report to the Supervisor Authority in Italy (IVASS).

Prior to this, Simone worked in the SAS Institute (Statistical Analysis System – Software House) within Risk Management Solutions for several years. Simone holds a Master’s in Economics and Finance from the Venice International University, Italy, and a Bachelor’s in Economics with a specialization in the stock market from Cá Foscari University, Venice, Italy

John Scully is Chief Underwriting Officer at UnipolRe. He joined UnipolRe as an Underwriter in 2019 to further develop UnipolRe’s portfolio of European property business.

Prior to this John was a Treaty Underwriter at Transatlantic Reinsurance Company in London where he was predominantly focused on underwriting International Property, Aviation & Space and Personal Accident treaties. John holds a Bachelor of Arts degree in International Insurance & European Studies from the University of Limerick, Ireland. He is a member of the Chartered Insurance Institute 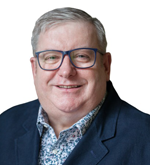 Donie is a senior people and business leader having worked in financial services for most of his career. He holds a number of post graduate qualifications including a Masters in Management Science from Trinity College Dublin.

His undergraduate degrees are in business strategy and human resources specialising in industrial relations. Donie is a Chartered Fellow of the Chartered Institute of Personnel and Development a Chartered Fellow of the Irish Institute of Banking. He is a qualified executive and leadership coach having previously headed up his own successful business working with many clients both individual, team and corporate across many sectors.

Donie has been a main board director of a number of charities in the homelessness and education areas. He is now the Chairman of the Board of Management of a new Educate Together school in Leixlip, Co. Kildare.

We use cookies to ensure that we give you the best experience on our website. If you continue without changing your settings, we'll assume that you are happy to receive all cookies from this website. If you would like to change your preferences you may do so by following the instructions here.
Ok